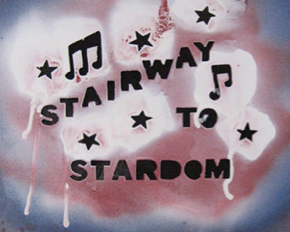 I’m twenty years late to the party, but I’ve just discovered the joys of the 1980s New York City public-access television show, “Stairway to Stardom.” It is an amateur talent show that is either the Gong Show sequel or the American Idol prequel. It also reminds me of the “talent” show I performed in my garage at about the same time. It’s a blurry memory, but I do remember dancing to Chaka Khan’s “I Feel for You.” Thankfully, that’s not on video. If it were, you’d feel for me!