Buy a signed copy of any of my books, including my latest Moving In: Tales of an Unlicensed Marriage. 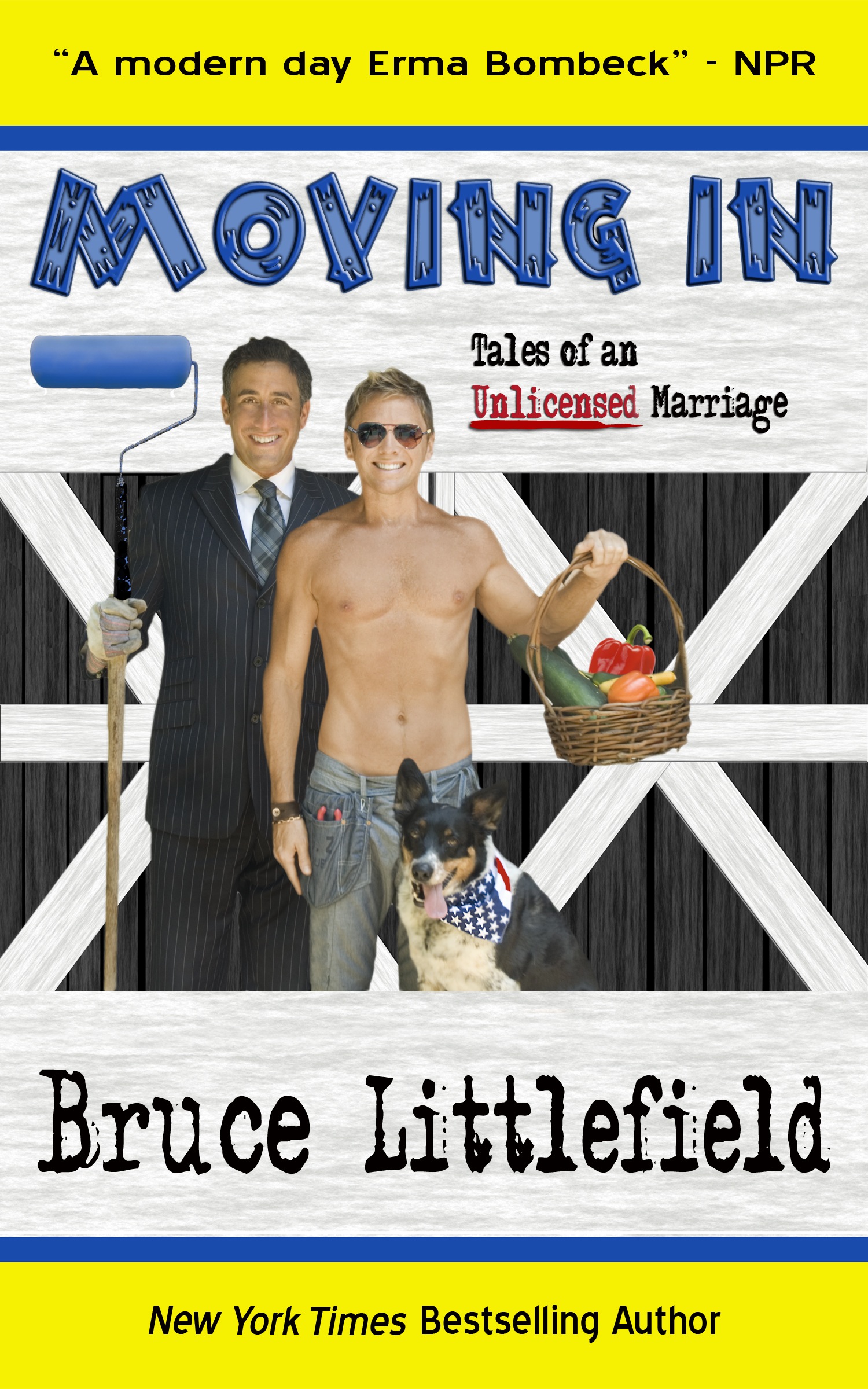 MOVING IN features the tale of Bruce and Scott’s freshman year of happy homemaking, during which time they: learn how to operate a lawnmower and that they shouldn’t; debate whether to go to the emergency room after their 1929 oven burns off Bruce’s eyebrow; invite a fugitive over for a beer; and almost strangle each other with Christmas lights.

If you’d like it personalized, let me know to whom. 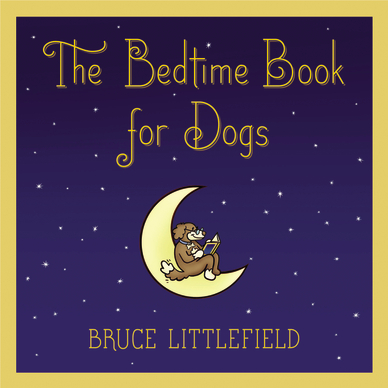 The Bedtime Book for Dogs is a charming story about a dog who decides that he’d rather walk to the park by himself than wait for his human companion-and discovers that all of his usual activities aren’t as much fun without a good friend to share them with. This is an adorably packaged book with illustrations by Paul Heath that makes a perfect gift for dog lovers of all ages, with words dogs will understand and kids will want to read again and again. 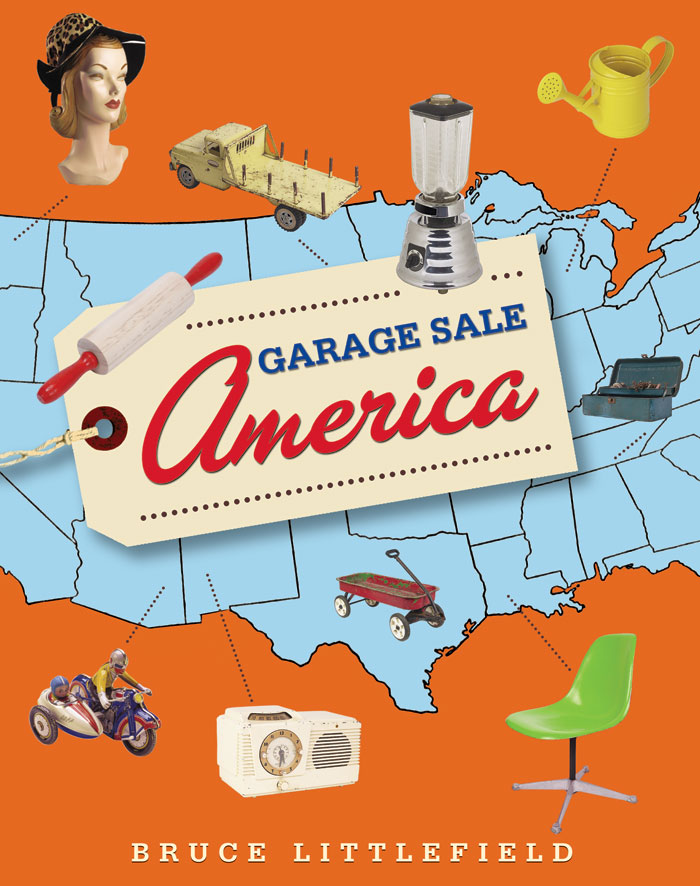 For his critically acclaimed Garage Sale America, Bruce packed $1000 in ones and set off in a truck on a cross-country adventure to find everything America loves to buy, sell and collect. What he found is pure delight – treasure, fun people, and great stories. Book includes design tips and a glossary of major sales across America. 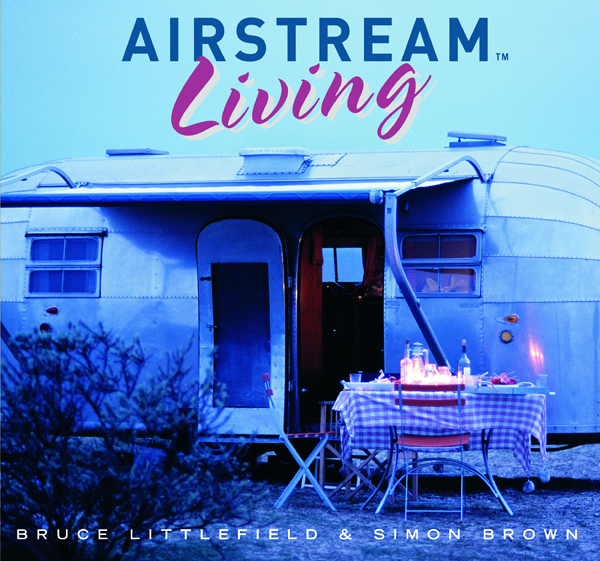 Airstream Living explores the silver American icon and the adventures of owners around the world who’ve decorated their sleek, metallic gems in styles ranging from simple to opulent, retro-chic to western. The book also includes practical advice from where to buy to fanciful retrofitting. 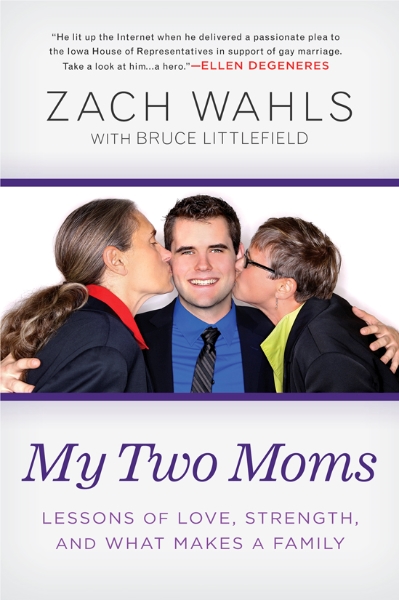 Same-sex marriage will be a major—possibly the defining—issue in this year’s election cycle, and Wahls speaks to that, but also to a broader issue. Sure, he’s handsome and athletic, an environmental engineering student, and an Eagle Scout. Yet, growing up with two moms, he knows what it’s like to feel different and to fear being made fun of or worse. In the inspirational spirit of It Gets Better edited by Dan Savage and Terry Miller, My Two Moms also delivers a reassuring message to same-sex couples, their kids, and anyone who’s ever felt like an outsider: “You are not alone.” 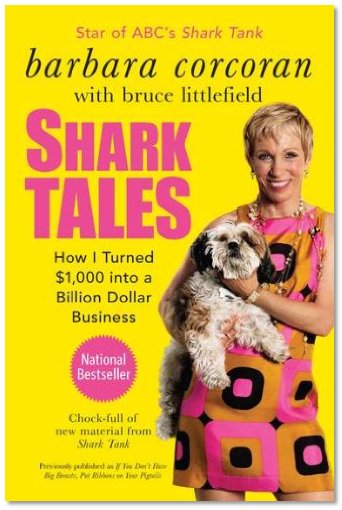 The inspiring true story of Shark Tank star Barbara Corcoran–and her best advice for anyone starting a business. After failing at twenty-two jobs, Barbara Corcoran borrowed $1,000 from a boyfriend, quit her job as a diner waitress, and started a tiny real estate office in New York City, which she gradually built it into a $6 billion dollar business. From the star of ABC’s hit show Shark Tank,
Shark Tales is down-to-earth, frank, and as heartwarming as it is smart. 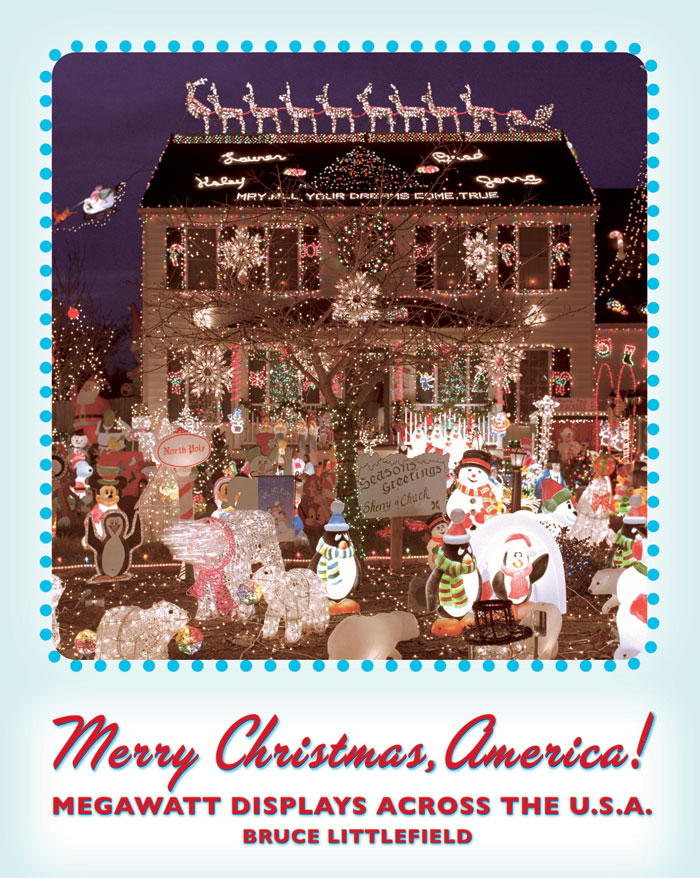 Merry Christmas, America! discovers that very town has that house that outdoes itself at Christmas. Bruce knocks on the doors of the elves who spend mind-boggling amounts of time and money transforming their houses and yards into unique Christmas fantasylands that are spectacles of individual expression and must-see destinations for the rest of us. The fun is infectious. Includes tips on decorating and a state by state guide of the best displays.