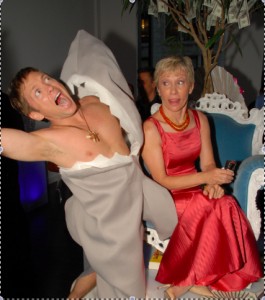 Have spent a great week in Hollywood with my pal Barbara Corcoran as she filmed the next season of ABC’s Shark Tank. (Catch it all summer long on ABC.) We’re headed to Taiwan, where Barbara is speaking on our book Shark Tales: How I Turned $1000 into a Billion Dollar Business. So, for those of you following the fun daily, I’m Gone Fishin’ from this page until Friday, August 6th. In the meantime put your paws on a copy of The Bedtime Book for Dogs for a furry friend and join me as I try to Tweet from Taiwan.