Posted on April 1, 2011 by Bruce Littlefield 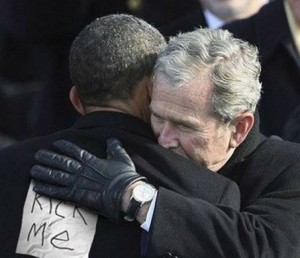 You know how all this “April Fool” insanity came about? Ancient cultures used to celebrate New Year’s Day at the vernal equinox, thus the Julian calendar designated April 1 as New Year’s Day. In 1582, Pope Gregory XIII ordered adoption of the boastfully named “Gregorian Calendar.” Those who resisted the change were dubbed “fools.” Can you imagine Pope Prada trying to do that today?
Early fools were sent invitations for non-existent parties (like the time in college I was the only one sent a “costume” party invite and showed up as a jackass), and there have been some great pranks since. In 1878, a New York paper ran an article claiming Thomas Edison had invented a “food machine” that could turn dirt into cereal. In 1957, the BBC aired a report on Switzerland’s eradication of the spaghetti weevil and said Swiss farmers were enjoying bumper crop of pasta. People fell for it and called the BBC asking how they could grow their own. In 1996, the fast food giant Taco Bell claimed it had bought the Liberty Bell and was renaming it the “Taco Liberty Bell.” It’s 2011, no one falls for that stuff anymore, right?